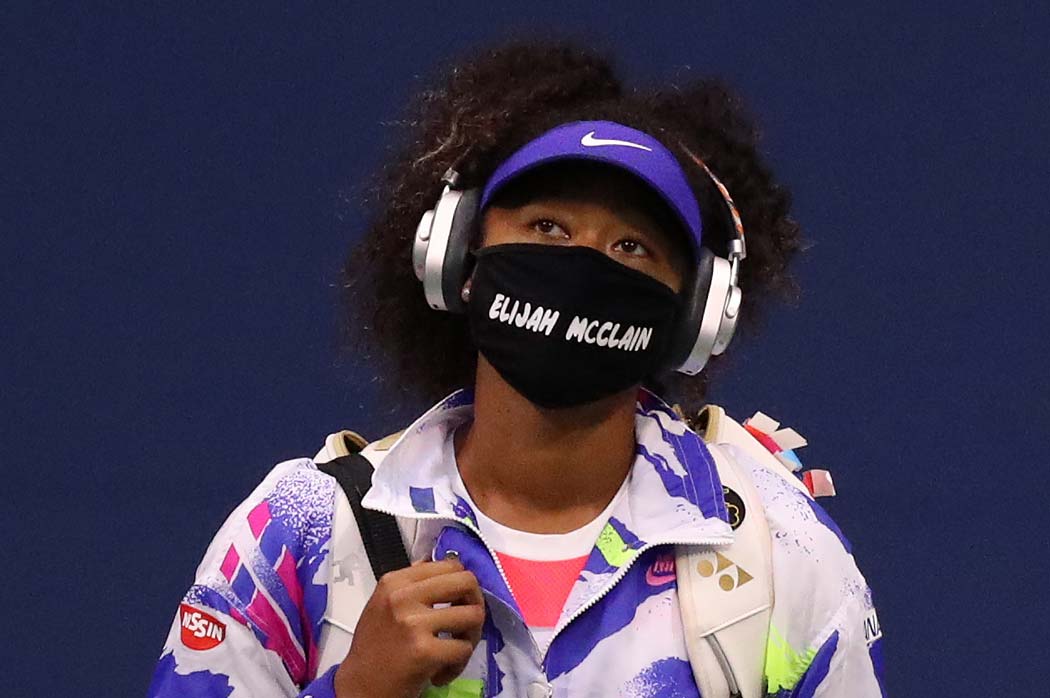 Women have had an immeasurable impact in pushing for equity, especially in sports when it comes to its intersection with race, diversity and inclusion. For decades, women have not only created room for themselves at the table where far too often a seat didn't exist, but would break barriers and shatter glass ceilings that left lasting change for future generations.

And of course the past year, despite all its challenges and heartache, was one in which women impacted not only sports but society in unprecedented fashion.

As part of Women's History Month, explore this special edition of RISE's Road to Progress, recognizing the tremendous impact women have had in sports and its intersection with race and gender equity. See moments from Serena Williams, Megan Rapinoe, Wilma Rudolph, Naomi Osaka, Tiffany Chin, Jessica Mendoza and many more in this new historical timeline showing women athletes' impact on sports and society.

Here are seven moments out of more than 30 you'll find on the special Road to Progress.

A world-class sprinter, Rudolph became the first American woman to win three gold medals in a single Olympics in 1960. She overcame being paralyzed by polio as a child and didn't regain an ability to walk until she was 12. Four years later, she won her first Olympic medal and then in 1960 she won gold in the 100m, 200m and 4x100m relay.

After making history in 1960, she refused to attend any segregated celebratory events, making her homecoming parade the first integrated event in her hometown of Clarksville, Tennessee. In 1963, Rudolph joined other Clarksville citizens in an attempt to integrate a local Shoney's restaurant. Despite being a hometown and national hero, she was denied entry because she is Black. 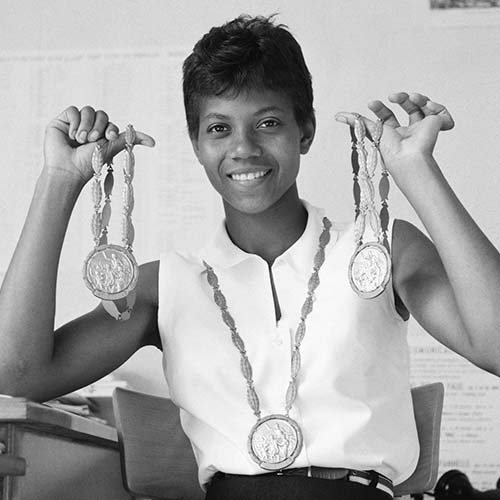 Raised in Fort Defiance on the Navajo Nation reservation in Arizona, Becenti's passion for basketball eventually takes her to Arizona State, where in the 1990s she stars for the women's basketball team. She immediately lifts the program to the NCAA Tournament, a place it had not been for nearly a decade, and in 1997 she becomes the first Native American to play in the WNBA. Following a career that spans multiple continents, she returns to Arizona State in 2013 for the ceremony retiring her jersey. She was the first Sun Devils women's basketball player to receive that honor. 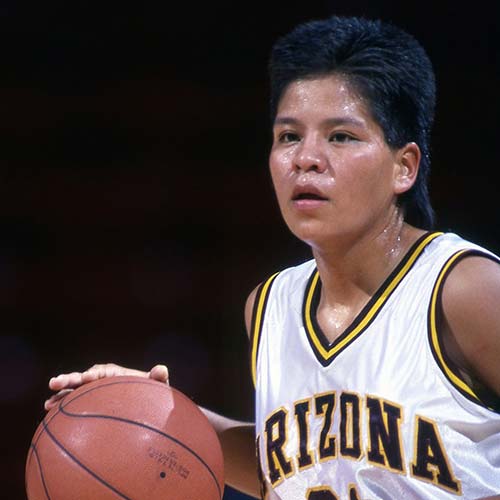 The Mexican American Lopez is one of the most decorated golfers in LPGA history, and in June 1978 -- her first year on the tour -- she won the first of three major golf championships. Over a career spanning four decades, Lopez totals 48 LPGA Tour wins and was twice named the Associated Press Female Athlete of the Year before induction into the World Golf Hall of Fame in 1987.

In an ESPN biography during the early 2000s, Lopez's ex-husband shared the pain Lopez felt being unable to play on certain golf courses because of her Mexican heritage. Lopez adds looking back that she "thought we weren't members of the country club because we couldn't afford it. Now I think it was discrimination." 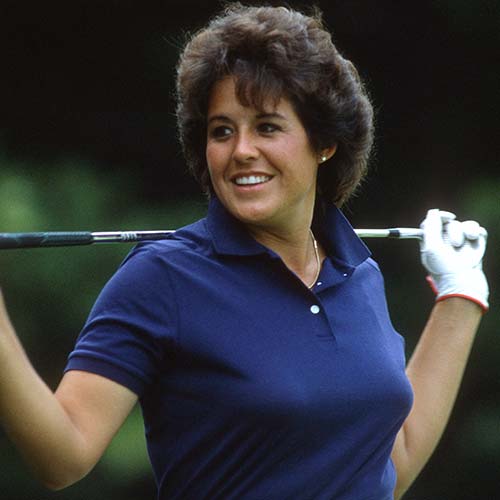 Osaka, whose mother is Japanese and father is Haitian, won all seven of her 2020 US Open matches to capture her third grand slam title. As part of each match, she wore a mask with the name of a Black man, woman or child who died from police brutality or violence rooted in racism. The names were Breonna Taylor, Elijah McClain, Ahmaud Arbery, Trayvon Martin, George Floyd, Philando Castile and Tamir Rice.

In 2015, Serena Williams returned to the Indian Wells Masters after the Williams sisters began boycotting the event in 2002 because of racist abuse during the previous year's tournament. Racial slurs, including the N-word, were directed at the sisters and their father following Venus' withdrawal from her semifinal match vs. Serena because of an injury. The Williams sisters declared they would never return to the tournament.

That 2001 incident represents only a fraction of the racist and sexist abuse, both unmistakable and coded, targeting the Williams sisters during their illustrious careers as two of the greatest athletes in sports history. (Serena's 23 Grand Slam titles is most all time in the modern era.) Of that moment in 2001, Serena wrote it "haunted me for a long time. It haunted Venus and our family as well. But most of all, it angered and saddened my father. He dedicated his whole life to prepping us for this incredible journey, and there he had to sit and watch his daughter being taunted, sparking cold memories of his experiences growing up in the South."

But in 2015, Serena returns to the tournament, writing "Indian Wells was a pivotal moment of my story, and I am a part of the tournament's story as well. Together we have a chance to write a different ending." 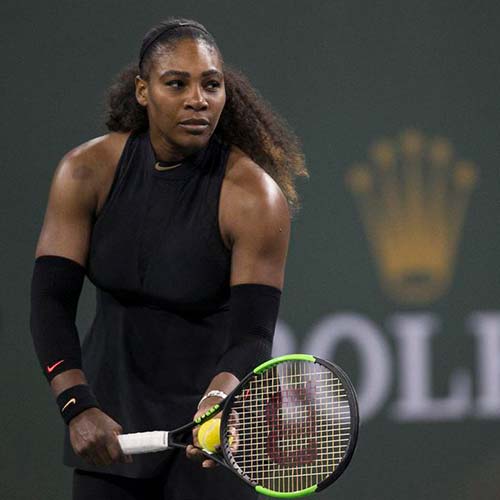 As a member of the Atlanta Dream, Montgomery opts out of the WNBA season in June 2020 to focus on issues of social justice, voter suppression and education, but later in the year starts envisioning a future as a co-owner in the league. That moment comes in early 2021 with her own team, when Kelly Loeffler sells the Dream to an ownership group that includes Montgomery. Dream players and stars from across the WNBA wanted Loeffler removed after she wrote a letter criticizing the league and the Black Lives Matter movement, and Montgomery would write an ensuing letter as an olive branch to Loeffler that would go unanswered. Ultimately, Loeffler decides to sell the team and now Montgomery is part owner and team executive, the first former WNBA player to earn that dual title. 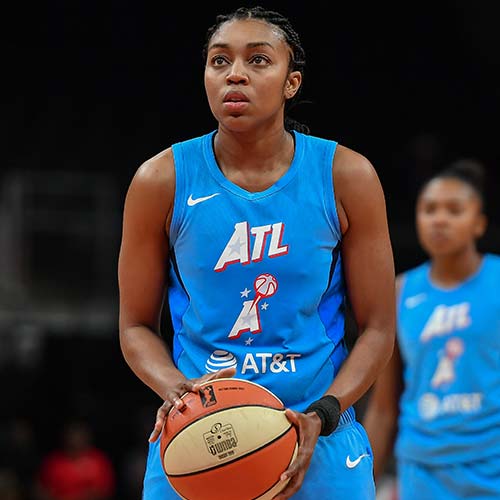 At the 1985 U.S. Figure Skating Championships, Chin is "fast and flawless," the LA Times wrote, en route to becoming the first Asian American and person of color to win national gold. Chin made history despite years earlier being told by a white competitor, "You're really good, but you know you'll never be a champion. Figure skating champions have blond hair and blue eyes, and you don't have either." 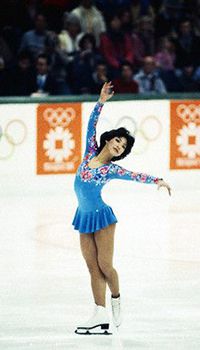