“To be free is not merely to cast off one's chains, but to live in a way that respects and enhances the freedom of others.”

I reflect on these words by Nelson Mandela as the world celebrates what would have been his 104th birthday.

Freedom is not attained by the literal un-bonding of chains or unlocking of cages, but requires us to meet a higher standard that rids society of oppression and discrimination. It is about equality and equity, and assuring our systems and governments are truly just and designed to work for everyone.

Mandela and the people of South Africa fought decades to free their nation of apartheid and blatant systemic oppression. Our ancestors in the U.S. fought a similar battle from the end of slavery through the Civil Rights Movement of the 1960’s. Yet today, we still face structural inequities, from the criminal justice system to housing and education, and unfortunately, legislative bodies across the country are continuing to attack fundamental human rights that target the most marginalized groups in our society.

The Brennan Center reported in May that 18 states had passed 34 restrictive voting laws since 2021 under the guise of responding to false claims of widespread election fraud. These laws disproportionately affect communities of color.

In Georgia, where Black turnout in 2020 helped sway election results, Senate Bill 202 made it illegal to pass out food or water to people waiting in line to vote. Data from the National Bureau of Economic Research revealed that residents in Black neighborhoods wait 29-percent longer than those in white neighborhoods to cast their ballot, and are 74-percent more likely to experience wait times of more than 30 minutes.

Black voters also voted by mail at a rate higher than ever in the 2020 election, and the Georgia law limits the number, location and access to secure drop boxes for mail-in ballots. It also requires more identification to vote absentee, a provision the Atlanta Journal Constitution reported would have an “outsized impact” on Black voters. Similar restrictive measures were passed in Florida and Texas, where new laws have already led to more rejected mail-in ballot applications.

And as proponents of such measures seek to maintain their power by silencing people at the polls, so to do they seek to silence the realities of systemic racism, sexism and gender inequality and the ways they are taught and discussed in the classroom and workspace.

Laws that restrict conversations and education around identity, diversity, equity and inclusion are themselves discriminatory. They are high-handed and divisive, and serve only to preserve the privileges and advantages of those who hold the most power in society.

More than 40 states introduced such measures last year to varying degrees of success, including Iowa, Virginia and Florida’s Stop WOKE Act and Parental Rights in Education law, commonly known as “Don’t Say Gay.” These legislative initiatives, among others, are unequivocally antithetical to RISE’s mission, purpose and beliefs, and while RISE is a nonpartisan organization, our work demands we explicitly condemn institutions and officials who actively oppose values of racial equity and inclusivity.

It is important for everyone to engage in conversations about identity, race and diversity, and learn from each other in order to achieve full unity and equity. It’s true that these can be difficult and uncomfortable topics to address at any age, but governments, schools and organizations should be exploring ways to have more positive and productive conversations on these matters across cultural boundaries, instead of seeking to suppress them.

If our collective goal is harmony and inclusivity, then having honest and difficult conversations about identity and diversity are a necessary discomfort to create a more unified society and ensure our governments equitably protect the rights and freedoms of everyone.

RISE stands for racial equity, social justice and unity. These are true American values, and ones that drive our work and give us purpose. We are also inspired daily by Mandela and the belief he had in the power of sport.

Racism is not a political but a human rights issue. It is freedom limited and controlled by the powerful to restrict the rights and dignity of the marginalized.

We have a collective responsibility to engage people across the political spectrum to uphold and fight for freedom to the truest sense of the word. For RISE, this means harnessing the unifying power of sport to bring diverse people together. It means engaging in honest conversations around issues of race, identity and diversity to educate others, create better understanding and build cultural competence. It is to empower others with the tools to be leaders to address matters of racism, prejudice and inclusivity no matter their formal role in society.

Mandela and the sacrifices he made throughout his life remind us of the value of perseverance and intentionality when it comes to fighting systems of oppression. Despite opposition, we must continue pushing forward. 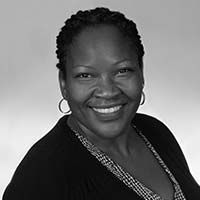 About the author: Diahann Billings-Burford is CEO of RISE. RISE is a national nonprofit that educates and empowers the sports community to eliminate racial discrimination, champion social justice and improve race relations. RISE programs build skills and create safe spaces to have difficult conversations. RISE equips athletes, coaches and sports industry professionals with the tools to be culturally competent, effective advocates for racial equity and leaders in addressing racism, prejudice, diversity and inclusion.