Sports have the power to bring diverse communities together.

Just ask Chicago Police Department Officer Luis Crespo, a veteran participant of Building Bridges Through Basketball – the award-winning 10-week leadership program of RISE, the NBA and Under Armour that unites teens and law enforcement in cities around the country. 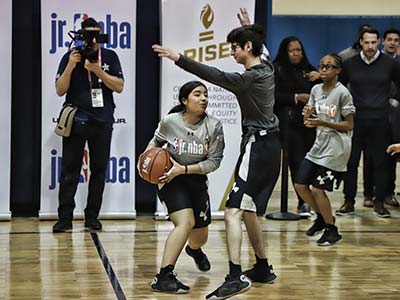 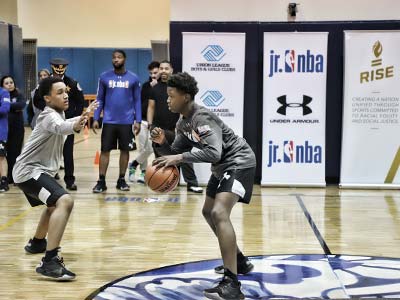 As part of NBA All-Star Weekend in Chicago, RISE joined the NBA, Under Armour and the Chicago Police Department to tip off the fourth season of Building Bridges Through Basketball at Chicago's Union League Boys & Girls Club, and celebrate the impact the program has had on the students and officers who have participated in it over the past four seasons.

"When we began, a lot of you were scared of us, and we didn't know what to think about you," Officer Crespo said addressing students of the program during Friday's tip-off event. "We earned your trust. This program allowed young people & officers to form relationships."

The Chicago Building Bridges Through Basketball program, which first launched in 2017, has brought together teens and law enforcement from the Humboldt Park, Pilsen and Englewood neighborhoods for basketball clinics, facilitated conversations and RISE leadership activities to explore concepts such as identity, diversity and stereotyping and teach skills such as empathy, conflict resolution and teamwork.

At Friday's tip-off celebration, local youth, law enforcement and leaders came together for the unveiling of a newly refurbished court designed by Project Backboard in honor of the program's fourth year at the Chicago Union League Boys & Girls Club. Thirty youth participants ages 13-18 from past Building Bridges Through Basketball programs and CPD officers participated in a series of basketball rotations, and reflected on the impact of the program.

"I was afraid of police before this program," said Afif, 16. "Seeing them as human beings instead of just their badges, is something I believe every youth deserves to see."

"Not many kids from our neighborhood get this opportunity," said Destiny, 16. "This program pushed me not only in basketball but in school and motivated me in life too."

Chicago Mayor Lori Lightfoot attended the tip-off celebration and praised the work being done to unite the community. Program participants also had the opportunity to interact with NBA legends Caron Butler and Felipe Lopez, who helped lead basketball drills and shared their own experiences with law enforcement, stressing the importance of the group's efforts to create better understanding.

For Butler, Friday's tip-off celebration was his first touchpoint with the program. He shared a powerful story of how a relationship with a law enforcement officer changed his life, and allowed him to live his dream as an NBA player. 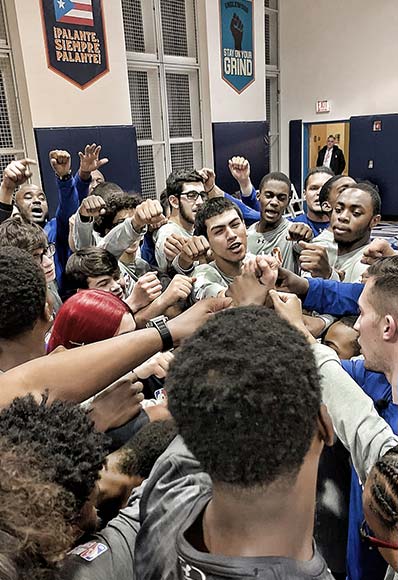 "Hearing about Building Bridges Through Basketball has touched my heart," said Butler, a two-time All-Star and NBA Champion. "I went through a lot of adversity growing up. I was incarcerated 10 times. I was always scared of law enforcement… One of the times I was caught in a house in the middle of a drug bust, and because I had priors I was facing 10 years to life in prison if I were brought in. But there was an officer who said his heart told him he couldn't charge me because he knew I was caught up in a bad neighborhood. That changed my life & allowed me to live my dream."

This season's Building Bridges Through Basketball program in Chicago will begin its weekly sessions on March 10, engaging youth in 2.5-hour sessions that combine on-court basketball training with RISE's leadership and cultural competency curriculum focused on themes such as perspective taking, privilege and community building.

"This program is amazing," said Officer Tim Crawford of the Chicago Police Department. "We see lives changing and officers building bridges with young people. We talk about really important topics that help some of these young people come out of their shell, and shows them that we, officers too, are all experiencing some of the same things. It's a great way for us all to see things from different perspectives."