This week, the RISE Digital Learning Series will explore the concept of bias. We have "bias" when we have a preference or an aversion to something, someone or a group of people, as opposed to being neutral. Some biases are positive and helpful — like choosing to only eat healthy foods. However, rather than basing our preferences on actual knowledge of an individual, group or circumstance, biases are often based on stereotypes. These stereotypes may be about socioeconomic status, race, ethnicity or educational background, for example. Because these preferences or aversions are based on preconceived opinions and not in reason or actual experiences, they tend to be unfair, illogical and inaccurate. Further, they can lead to rash decisions or discriminatory practices. At the individual level, for example, bias can negatively impact someone’s personal and professional relationships; at a societal level, it can lead to unfair persecution of a group, such as the Holocaust and slavery. This week, we will examine different types of bias in society and the ways we might begin to change them.

"There is no neutrality. There is only greater or lesser awareness of one’s bias." — Phyllis Rose 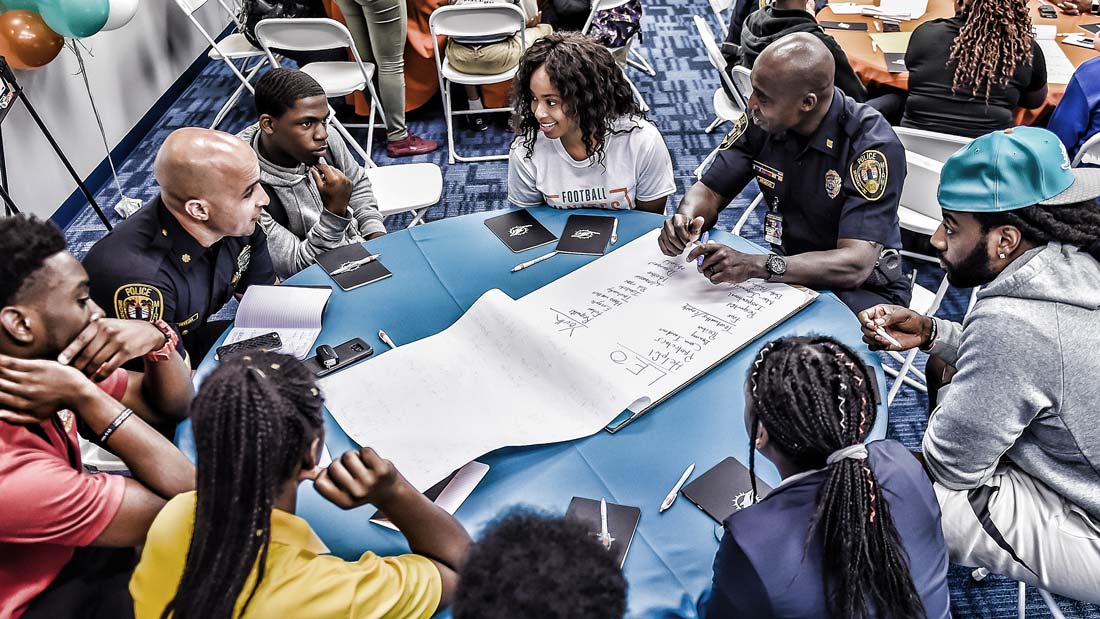 We all have preconceptions and biases, but they become dangerous when they detrimentally affect the way we treat one another.

RISE defines bias as "being in favor of or against one thing/person/group compared to another, usually in a way considered to be unfair." While we all have biases, the danger is that biases are not necessarily based on fact, but rather, are inferences we make about the world.

When we are biased, we generalize the ideas, opinions and thoughts we have to groups of things (people, animals, food) rather than limiting them to those with which we have had experience. In other words, we become comfortable with the things, places, and people that are similar to those we regularly interact with, and anything or anyone that differs from that is instinctively met with a sense of caution, suspicion, and sometimes even fear.

There are many ways through which bias manifests itself in our society. Not only can people hold biases about different things such as gender, race, sexual orientation and age, but bias can also operate at implicit, individual and systemic levels. A recent incident in Central Park in New York (see below) illustrates differing levels of bias and how they can operate in tandem. In the incident, Amy Cooper, a White woman walking her dog, calls the police on a Black man who asks her to put her dog on a leash. The incident resulted in Cooper calling the police, claiming she was being threatened by an African American man. The video recorded by the man does not support her claims.

This incident demonstrates that whether Cooper herself was biased toward African American men, she understood that that bias existed in the society and she was willing to use that against the man because of his race and how he would be unfairly perceived.

There was conscious, interpersonal bias, since at a surface level, Cooper displayed discomfort or disdain at being challenged and recorded by a Black man while they were alone in the park. Whether it is racially motivated or not, Cooper’s behavior suggests that this man has no right to speak to her to correct her behavior.

There was also structural and systemic bias since Amy Cooper calls the police and identifies the man, Christian Cooper, as an "African American" male knowing what image that would convey. Her call, and the words she used, were specifically engineered to "weaponize" the color of this man’s skin against him by her repeated reference to his race.

Finally, there was implicit bias. This type of bias is described by the The Kirwan Institute as, "the attitudes or stereotypes that affect our understanding, actions, and decisions in an unconscious manner". In making her call to the police, describing her threat and using the words African American male, Amy Cooper is hoping to leverage their implicit biases about black males in society. This form of bias though implicit can often lead to deadly consequences. The police killings of George Floyd and Breonna Taylor are the most recent, tragic reminders.

In Minneapolis alone, a city with a 59% White population, police have used force against Black Americans at a rate of seven times higher than their White counterparts in the last five years (Oppel & Gamio). The same is true on a larger scale within the United States, home to a 70% White population, in which 3.5% Black Americans have reported having been subject to the use of nonfatal force by police, as opposed to just 1.4% of White Americans (U.S. Justice Dept.).

These disproportionate rates of police brutality against people of color suggest that the same implicit biases displayed by Amy Cooper are also prevalent within the law enforcement community. They are more likely to use excessive force in altercations involving people of color. This is likely a product of both the dangerous stereotypes about Black and Brown people, as well as a sense of White superiority within the U.S.

The first step in addressing implicit biases is to recognize and identify them. Because these stereotypes are so deeply embedded in American culture, it has been passed down and learned through subtleties of conversation. For example, White, wealthy people calling inner city areas home to high concentrations of people of color "bad neighborhoods," or telling their kids to "stay away from those parts," reinforces negative stereotypes about people of color and a sense of white superiority. Police officers, like the rest of America, have been raised on these stereotypes, so many have biases, implicit or not, to be increasingly fearful and "defensive" in situations involving people of color, making them quicker to use force, or shoot. The excessive use of force by police officers, therefore, works to maintain this sense of "superiority" that has been woven into the fabric of our country since Africans were brought here on slave ships and is continued through our current policies disproportionately disadvantaging people of color. The combination of fear and a sense of white superiority results in increased brutality, and the unnecessary deaths of Black and Brown people at the hands of police.

At RISE, specifically through our program Building Bridges Through Basketball, we use the unifying power of sport to form partnerships between law enforcement and the communities they are intended to serve. We work to break down systemic barriers, build trust between predominantly Black and Brown communities and law enforcement, and help them become more aware of their biases and how to prevent them.

I challenge you to practice perspective taking and to delve deeper in understanding where your biases come from and why they exist. I challenge you to hold yourself accountable and to acknowledge and retract your biases when you notice yourself thinking or acting on them. And finally, I challenge you to hold others accountable as well. While we cannot erase our country’s history of prejudice, discrimination, bias, and its perpetuation of police brutality, we can write a new future, and it starts with how we think about and treat each other, especially when we look differently.

Samantha Rosette is a native of The Bronx with an undergraduate degree from The University of Virginia in Education majoring in Kinesiology, and is currently a graduate student at Villanova University getting her Master's of Public Administration. She is a leader on the Villanova Women's Soccer team and a RISE 2020 Leadership and Education summer Intern.

In this video we learn about the various ways in which racism still manifests itself in our society. The video show that bias, whether or not we are aware of it, results in a systemic pattern of discrimination. This pattern, in which white people generally have better outcomes and experiences as they interface with institutions in our society is known as systemic or structural racism.

A recently popularized incident in Central Park in New York illustrates differing levels of bias and how they can operate in tandem. In the incident, Amy Cooper, a White woman walking her dog, calls the police on a Black man who asks her to put her dog on a leash. The incident resulted in Ms. Cooper calling the police claiming she was being threatened by an African American man. The video recorded by the man does not support her claims. This incident demonstrates that whether Amy herself was biased toward African American men, she understood that that bias existed in society and she was willing to use that against him because of his race - first as a threat to the man who corrected her and then by following through on that threat.

Jim Rooney of the Pittsburgh Steelers and N. Jeremi Duru of the Fritz Pollard Alliance and American University join Champions of Change: The RISE Podcast to talk about the NFL's Rooney Rule that requires teams to interview minority candidates for head coach and other top leadership positions, and why it's important to address bias in the hiring process to combat racism and create a more inclusive environment.

Learn More to Do More

Connect with friends and family and check out our "Understanding Our Identities " module. Explore labels central to our identities and think about how they not only affect our biases towards others, but others biases towards us.

Sports as a Vehicle for Change