For the last several days, I have remained silent, publicly. RISE has continued our bold and impactful work to combat racism, but for me, initially I wasn't able to find the words to express my own thoughts and feelings. Not after watching the video of George Floyd choke through his final gasps to use his.

But I knew I had to be silent, too. It wasn't my voice that a country reeling from feelings of helplessness, frustration and anger needed to hear first. White people needed to step up to identify the racism that had been exposed before them and condemn these senseless acts, first. Because to quote Fannie Lou Hamer, whose picture hangs in my office, "I am sick and tired of being sick and tired." We are sick and tired. 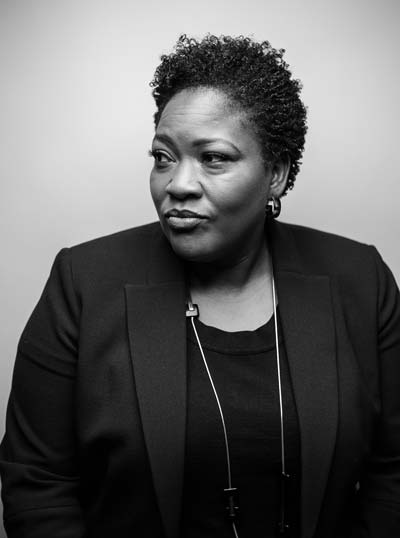 White allies stepped up. They spoke up. And then I remembered another of Hamer's quotes: "Nobody's free until everybody's free," and as it always has, it inspired me. Silence turned to strength, and over the last few days RISE has been ceaseless in its work with a renewed sense of urgency. While racial equity has not been achieved over the past 400 years – and it most certainly won't be overnight - it can in fact be achieved. Everybody can be free.

That's the challenge I want to issue to everyone in the sports community and beyond. Speak out, yes. Protest, yes. Lend your voice as an advocate and an ally, yes. And then do more.

The fight against racism is an uphill battle. Racism is an insidious enemy that often times is overlooked, but one that can manifest itself in the ugliest and most heartbreaking of ways. Its acts against humanity have been burned into the collective memory of an entire community.

So words are not enough. Fighting racism and creating an equitable society requires long-term, intentional action. It requires education, skill development and engaging in difficult conversations with people who have different perspectives and experiences than your own.

I have connected with many athletes, teams and sports leagues in recent days, and the genuine urgency they have shared to push our mission forward through actionable efforts is uplifting. In the past, potential partners shied away from engaging with us at RISE because our focus is addressing racism, a conversation many deemed too polarizing and bad for bottom lines. That is changing. The safety of Black families demands that it does. The well-being of all races demands that it does.

Now is the time to make more of a concerted effort to address racism, prejudice, diversity and inclusion within law enforcement and our communities. More organizations must commit to ongoing investments in community, law enforcement and youth programming that explicitly addresses race. We must continue to educate and increase awareness, and engage people through experiential learning activities that provide tools and create safe spaces to have difficult conversations in positive and productive ways.

Our approach is not the only answer, but can be part of a larger solution. We are in the business of changing hearts, minds and behaviors, and know from experience that change is possible. It is incumbent upon us all to act. Let's keep working.