We used Super Bowl LIII Week in Atlanta to celebrate champions of change and educate and empower local youth, law enforcement and NFL owners, executives and players to use their platforms to address racism and tackle social justice together. Here's how. 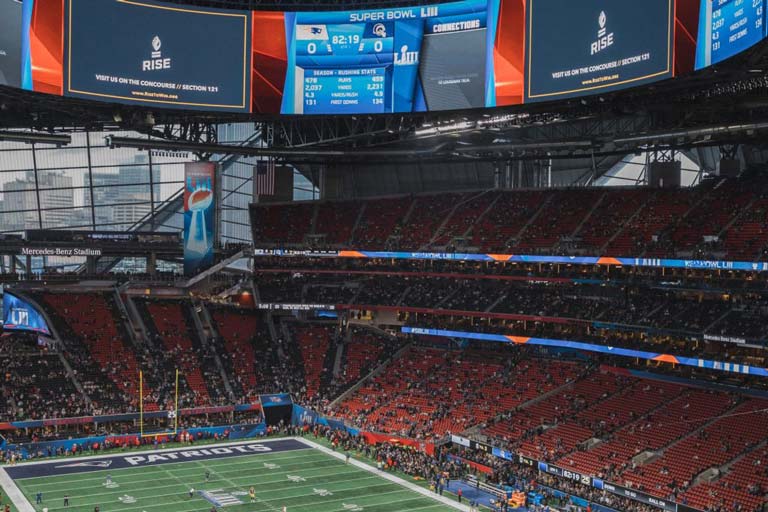 See more from ESPN's The Undefeated

Watch the full town hall on ESPN's The Undefeated. 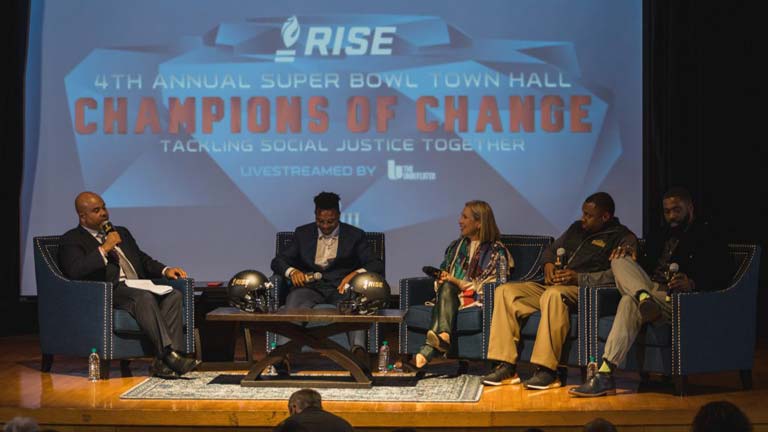 We surprised four champions of change in Atlanta – two students, a middle school football coach and a police officer – with a ticket to Super Bowl LIII in recognition of their efforts to advance social justice and use the unifying power of sports to improve race relations and promote understanding, respect and equality.

The Pro Football Hall of Fame and RISE invited students from Humphries Elementary School in Atlanta to Super Bowl Experience, Driven by Hyundai, uniting them with Pro Football Hall of Famer Anthony Muñoz and local law enforcement officers to play and learn together at a Huddle Up America event. Participants engaged in activities on leadership and community building, followed by non-contact football drills. They also visited RISE’s Champions of Change interactive fan experience to explore the history of sports and social justice and learn how they can be champions of change in their own communities.

In an effort to unite and empower future leaders, we convened teens from the Atlanta metro area Boys and Girls Clubs and Georgia Tech football players with former NFL player Isaiah Stanback and former NFL Commissioner Paul Tagliabue to build leadership and cultural competency skills and identify how each person can use their own power and platform to drive change in their community. We also took the students on a special tour of Turner Studios.

Our Champions of Change interactive experience at Super Bowl Experience, Driven by Hyundai took fans through a journey designed to increase awareness, evoke empathy and create action. Champions of Change offered fans the chance to hear personal stories from NFL players on their passion for social justice, explore the history of sport and society and create a unique self-portrait to express how they can be champions of change in their own community.

Check out special Super Bowl episodes of Champions of Change: The RISE Podcast

Champions of Change: The RISE Podcast