MLK Day in the United States occurs on the third Monday of January, when we as a Nation celebrate and honor the activism, achievements, and legacy of Dr. Martin Luther King Jr., who was assassinated on April 4, 1968. (It's observed on the third Monday of January rather than directly on Dr. Martin Luther King, Jr.'s birthday because it follows the guidelines of the Uniform Monday Holiday Act.)

A Baptist minister who stood up for nonviolent methods to end racial discrimination, Dr. King first came to national prominence during a bus boycott by African-Americans in Montgomery, Alabama, in 1955. Dr. King was also responsible for creating the Southern Christian Leadership Conference (SCLC) in 1957. He led the 1963 March on Washington, which aimed to draw attention to continuing challenges and inequalities faced by African Americans a century after emancipation. The most influential of African American civil rights leaders during the 1960s, Dr. King was instrumental in the passage of the Civil Rights Act of 1964 and the Voting Rights Act of 1965. The Civil Rights Act of 1964 outlawed discrimination in public accommodations, facilities, and employment. The Voting Rights Act of 1965 outlawed the discriminatory voting practices adopted in many southern states after the Civil War, including literacy tests as a prerequisite to voting. In 1964, Dr. King was the youngest person awarded the Nobel Peace Prize "for his non-violent struggle for civil rights for the Afro-American population" and donated the proceeds (worth over $500,000 in today’s dollars) from the award to the civil rights movement.

While MLK Day now appears on the United States’ federal calendar. There was a hard-fought battle to have the day recognized as a national holiday. A bill was introduced calling for a national holiday four days after Dr. King’s assassination by John Conyers, then a Democratic Congressman from Michigan. It did not become a national holiday until 15 years later when President Ronald Reagan signed the legislation into law. It would take an additional 17 years for it to be recognized in all 50 states.

MLK Day is the only federal holiday that is also designated by Congress as a national day of service – a “day on, not a day off.” MLK Day is a special time each year when Americans across the country step up to make their communities more equitable and take action. 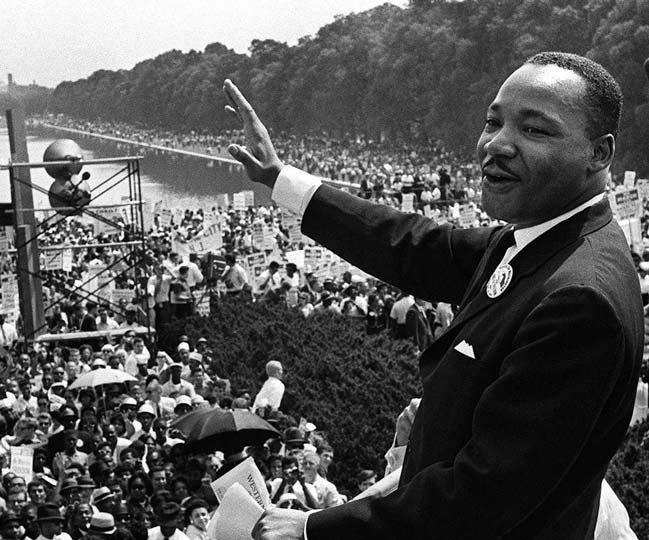